I wanted to make a plot in R where the colour of a line depends on the amount of data (amount of sequence reads) supporting it. To do this, I decided to try the RColorBrewer library. This is an R version of ColorBrewer, which can be used to choose beautiful colour schemes for plots.

First I loaded in the library into R (it had already been installed):
> library(RColorBrewer) 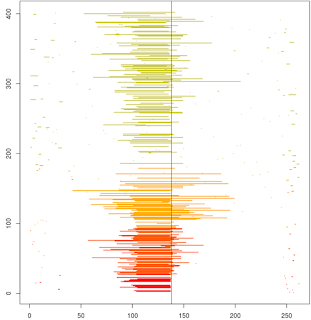